Menu
An Even More Somber Day In August 2021

As I sit here with a heavy heart and feel the tears rising in my eyes, I ask myself why? The debacle in Afghanistan, that’s why! There are over 10,000 Americans scattered all over Afghanistan cut off with no plan of extraction. Not to mention the untold tens of thousands of Afghan Allies who are virtually abandoned with the wolves at their door. 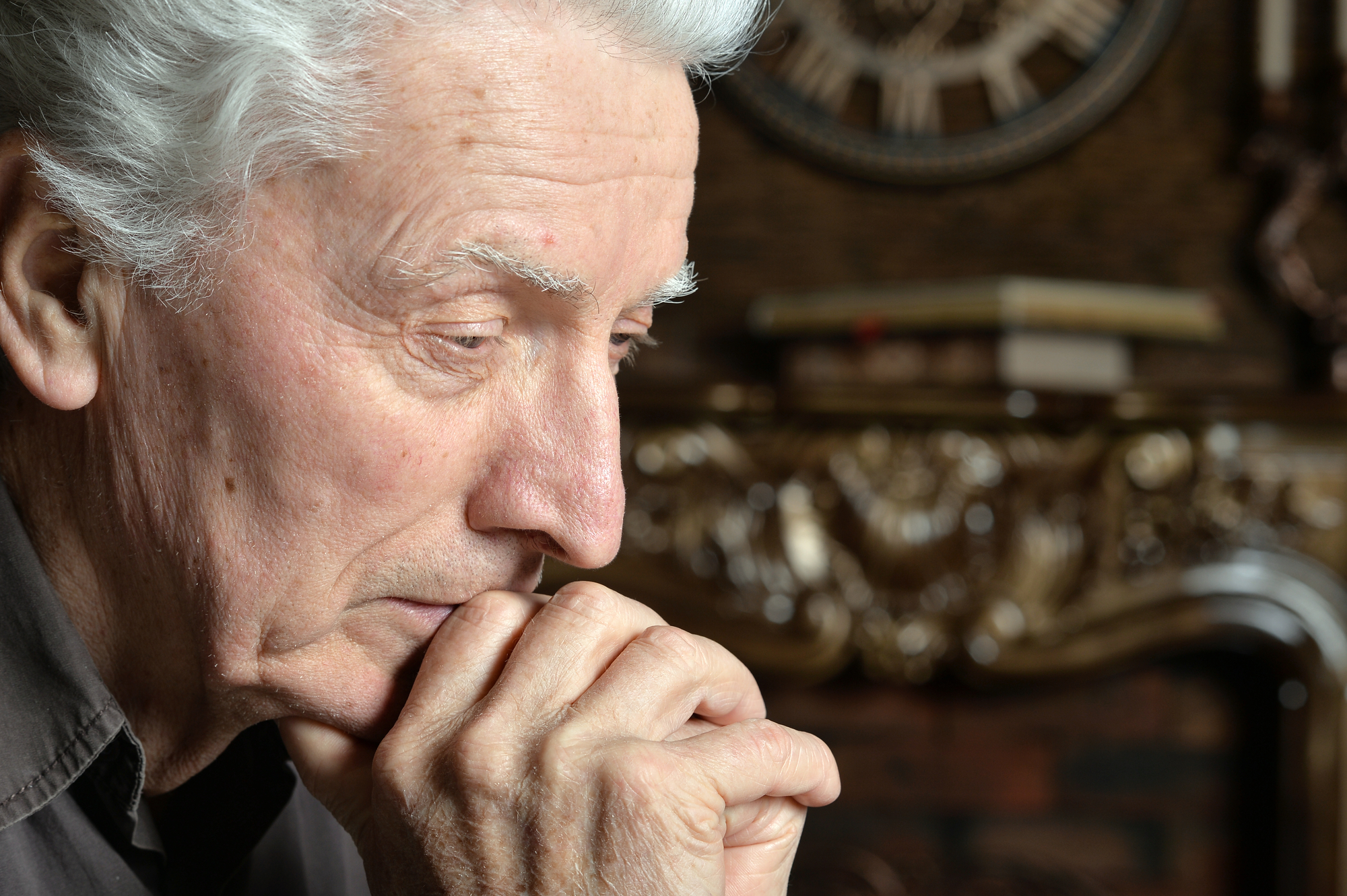 How have we not learned the lesson from the past? Politicians who dictate the military rules of engagement (ROE) sealed our fate along with the fate of the countless innocents in Afghanistan just as they did in Vietnam. How could we throw our financial might, our human might, and our spiritual might in Afghanistan twice, funding the freedom fighters during the Russian occupation 1979 – 1989, as well as our involvement after the 9/11 attack on the USA, only to leave the innocent locals to pay the ultimate price? How could we have not learned better from the past?

Let me begin by saying that the Taliban are B.A.D., as bad as it can get, they will literally rape, pillage, and loot an entire generation of young Afghans. And as well indoctrinate the young men with their sordid ideology.

The dark days of the middle ages have descended on Afghanistan. It is our fault that the Afghan people will pay dearly for our failed political sins, meaning the faults/sins of US politics. I wish I could pin this on one person, Joe Biden, Donald Trump, Barack Obama, Georg Bush #2, Bill Clinton, George Bush #1, or even Ronald Reagan. Unfortunately, there is no one person or political affiliation, Democrat or Republican, to point at. We as people and our elected officials have failed the Afghan people.

Reality check, let's start there, little girls and women – I believe down deep we are all for the liberation of women, women rights, breaking the glass ceilings, equal work for equal pay, abortions, “my body my right”, am I correct? I have a daughter and wish and hope for her happiness, freedom, and every success in this world. However, the Taliban will enslave yet another generation of young women, rape them, stone them, torture them, and deny them the most basic of human rights while they live a third world subservient existence, at best. Is that a shock to you? The Taliban are well known for their televised inhuman treatment of people that are different in any way from their hard-core ideals?

When I say the dark days of the Middle Ages have descended upon the people, I mean it. All people who are different, i.e homosexuals, eventually will be captured, tortured, tied, and marched to the roof of the tallest of buildings, blindfolded, and pushed to their deaths. The way the Taliban operate straight out of old biblical times with a twist of religious zeal and fanaticism for good measure. They believe in intimidation, enslavement, and making loud public examples of people. In short, they SEND LOUD CLEAR MESSAGES!

The Taliban will target ALL who they feel have wronged or betrayed their cause. Foreseeably in the near future, I predict we will witness horrific examples of what they do to Christians or anyone else that helped the American forces, to anyone who even smiled at America. In fact, Taliban propaganda that has been posted in towns and villages actually states that for individuals who helped the Americans, they will “Burn Their Families Alive”. This is not a threat, it is a solemn promise. If you dare watch the videos of people falling from US aircraft as the planes took off, let your mind wander for a moment, as you watch those people fall to their death. You might just come to the inevitable conclusion that he or she who just fell to their death were the lucky ones. As hard as it is to watch all the videos, look at all the people on the ground, look at the masses, the tens of thousands trying to escape. Their fate will be an absolute horror in a matter of hours if not days at the most.

The Taliban will make the killing fields of Southeast Asia look pleasant by comparison. Leadership and accountability start at the top I'm over the Presidential tit for tat game. I didn't like it when Trump blamed Obama for actions and decisions prior to his arrival in office. I am really over this foolishness. To ALL future presidents, “THIS SETS A BAD PRECEDENT”. You were elected to lead, put the past behind us, and move forward with your agenda, do not waste precious time and breath exonerating
yourself by the evisceration of your predecessor. Tens of thousands will perish in the most horrific ways at the hands of the Taliban. And yet our leaders play this third-grade schoolyard game of canceling the last guy out, over and over. Leaders are supposed to lead from the front, not be Bitches on a Witch Hunt! I'm saying ALL Presidents (Republicans & Democrats) should look at the bigger picture! I was in the 7th grade when my history teacher was talking about the Russians in Afghanistan and how our government was funding the freedom fighters. I am 55 now, the United States has been involved in Afghanistan for a very long time!

Did we need to be in a 20+ year protracted occupational war – NO!
Should we plan our exit better – YES!

Mr. President, the fate of all the people, Americans, and Afghans that you Abruptly ABANDONED rests “Squarely On Your Shoulders”. Yes, each administration Democrat and Republican shares ownership in this nightmare experience. This decision, however, is on you, Mr. Biden. I want it known that I love each man and woman who stepped foot on a plane and went to do what the country asked of them. What I do not love are the politicians who, for those that served, tied their hands behind their back while conducting combat missions with the ridiculous ROE. Political ROE really came to the war front in the Vietnam War, why then you ask because politicians were afraid of another Korea! In Korea, we pushed the Chinese and they decisively pushed back. Below is a brief ROE conversation with a Helicopter pilot friend of mine recanting a mission:

(Pilot) Dude we just got fired on by an RPG, it ripped right past my windscreen and almost got us! (Me) What did you do? (Pilot) Nothing! (Me) Why not? (Pilot) We were in the middle of nowhere in Afghanistan when we were shot at. We saw this dude standing all alone looking at us from where the rocket came from. (Me) did you shoot him? (Pilot) Nope, couldn't shoot him, he was not holding a weapon. He stashed the RPG, they, the Taliban, know our ROE. (Me) So he is the only guy out there and you just took fire and you can't shoot him because he isn't holding a weapon? (Pilot) That's right, ROE, if you don't see them shoot at you or see a weapon in their hand we can't shoot back. (Me) WTF???

This happened daily over there, are we surprised at this week's outcome? I, for one, am not surprised by the incredible lack of preparation/exit strategy from our politicians. For too many years we have become involved in the wars and conflicts of other countries and have not been prepared to do what needs to be done? If two boxers step in a ring, one fights with both hands the other fights with one hand bound behind his back, I wager that the boxer using both arms will be victorious.

Bravo Warriors Servicemen and Servicewomen, my hat is off to you, and you have all my love, respect, and support for not breaking the faith and for following your orders. This could not have been easy. No matter the personal cost you were always there to put your life on the line for one another and you have conducted an exemplary mission under the most trying of circumstances To all Presidents, Republican and Democrat, may I suggest that you read, first and foremost, The Art of War by Sun Tzu before you involve us in any more wars. Then, maybe you should read “Air Commando One”, a book about Heinie Aderholt on unconventional air warfare, and how Cambodia suffered very little of this type of chaos in its final days…

Why do you ask? Because General Aderholt and the Cambodian government planned the withdrawal of people, aircraft, and military materials far in advance. South Vietnam refused to have a contingency plan like this and we all saw how that ended. Spend more time studying history, Be A Leader! It's a free lesson that could prevent future atrocities in advance, a price that has been paid, unfortunately, by others.. Basic Questions of the last few days leading up to the fall of Afghanistan

Question 1. Who thought it was a good idea to close Bagram airbase and leave in the middle of the night? You left yourself only one way out with no way to support yourself.

Question 2. Who left the multi-million dollar drones at the recently abandoned military bases? The Taliban looked thrilled at recovering stockpiles of not only their old weapons … but ours also. Did I mention more planning would have been a good idea? Just making sure I'm not
talking to myself.

Question 3. Why would you believe it would take 90 days for the Taliban to rise to power once we abandoned Afghanistan? When our forces were pulled out of Bagram Airbase in the middle of the night, it sent a clear message to the Taliban that the front door was open and they would meet little if any resistance.

Question 4. Did you think they would rest for 89 days after 20 years of bitter fighting? Shame on all politicians that have been involved in this!

We should have been out of Afghanistan long ago, however, you don't leave your allies in the middle of the night. Think I'm kidding? Google US Bases that are now empty in Afghanistan. Our Allies woke up to deserted bases. I don't blame the military, I blame politicians, the military received their orders from Washington.

I fear our politicians have unleashed a monstrous evil that will haunt the USA and the world for a long, long, time.

Before us stands a determined foe, one cannot hope to fire a shotgun in the air and scare them away.

Update – Operation Pineapple Express, Task Force Dunkirk, Team America,  and many other Veteran volunteer operations are working tirelessly to coordinate the rescue of Afghan and American  Allies to Freedom